Our team of highly experienced technical sales engineers are here to support you and provide you with expert product selection advice. Contact us. 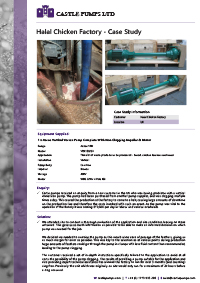 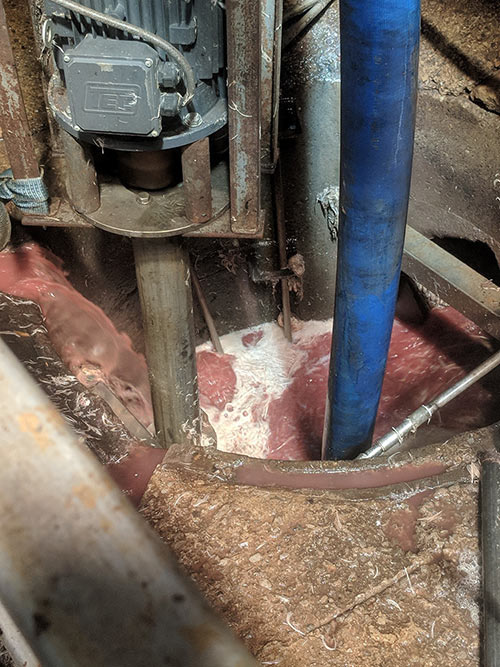 Castle Pumps received an enquiry from a new customer in the UK, a halal chicken factory who were having problems with their existing vertical immersion pump from another supplier. The pump was being used for the transfer of a sludgy chicken waste including blood, feathers and water from a container, and due to this abrasive solid content, it was often clogging multiple times a day.

With the sludge pump regularly going down, the production line was continuously coming to a halt resulting in large amounts of downtime and manual intervention from the employees on site. As the pump was vital to the operation of the factor, the failure of the pump was resulting in large scale costs in both labour and loss of output.

We attended site to conduct a thorough evaluation of the application and site conditions leaving no stone unturned. This gave us as much information as possible to be able to make an informed decision on which pump was needed for the job.

As the current installation used a vertical immersion pump there was little room in the pipework, so we too specified this pump design that is able to immersed directly into the waste container. To allow the ease of passage of feathers, we oversized the pump giving as much margin for error, as at various points during the production, huge clumps could go through the pump with less fluid content than is ideally recommended for operation. The Azcue VRX vertical immersion pump we specified also comes with a vortex impeller, allowing the pump to create a vacuum so that large solids can pass through without interfering with the pump’s internals.

The customer received a set of in-depth instructions specifically tailored to the application to avoid at all costs the possibility of the pump clogging. The results of providing a pump suitable for the application and also providing expert technical assistance has allowed the factory to run for over 3 months (and counting) clog free. Previously the unit which was originally on site would only run for a maximum of 24 hours before a clog occurred.

A division of the CTS Group, Part of Flow Max Ltd.