Our team of highly experienced technical sales engineers are here to support you and provide you with expert product selection advice. Contact us.

If you operate, maintain or specify centrifugal pumps then you will likely have at least heard of a pump curve. Put most simply, it tells you what output/flow rate you can expect from the pump at a certain pressure. As the pressure a centrifugal pump faces within the installation rises, the flow rate decreases until it actually stops being able to produce any output. On the other hand, if there was no pressure in the system, the pump would be able to discharge its maximum possible flow rate. When plotted on a graph, these points generate what we know as the pump performance curve. 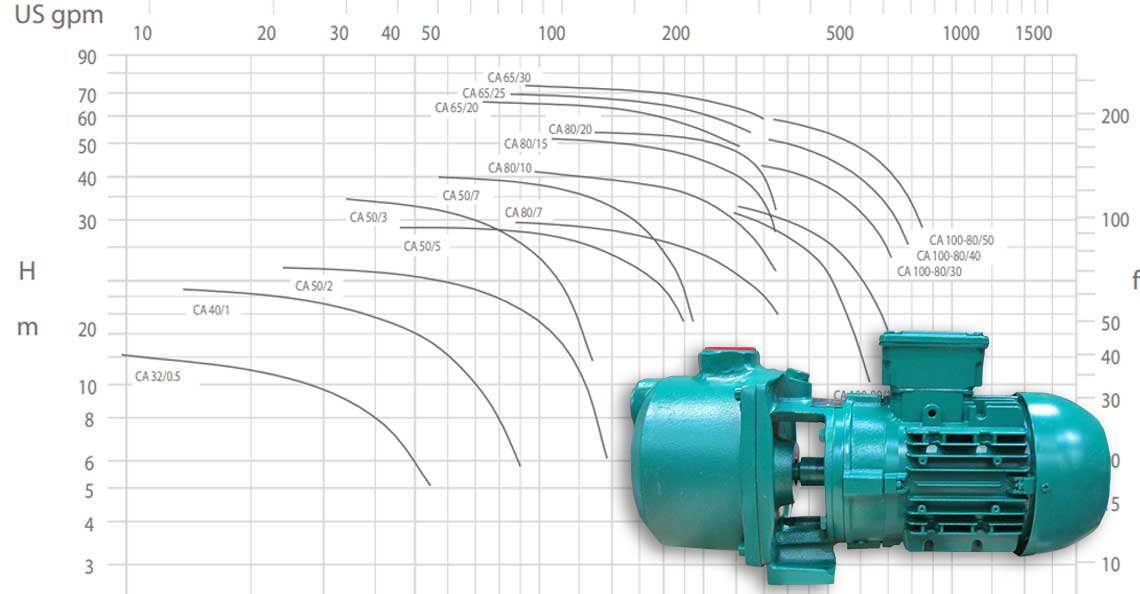 Can a pump be run anywhere on its curve?

To answer this, let’s take the simple comparison of a car. A car has many gears, and although first gear may take you from zero to 40mph, it would not be good for the engine to be driven at 40mph in first gear. Neither is it good for the engine if the car is driven at 10mph in third gear even though it is possible for the engine to operate at these speeds. Using that analogy, although a pump curve shows the various flow rates and pressures a pump can operate at, this does not mean the pump should be operated at all points it’s curve. So where exactly should the pump be run?

As its name suggests, the best efficiency point or BEP of a pump refers to the manufacturer specified conditions where the pump operates most efficiently, providing the user with the longest lifespan and least maintenance. Operating a pump at a lower capacity than its BEP is known as operating “left of the curve”, and in the same respect, running it at higher capacity is referred to as “right of the curve”.

Whilst in reality achieving the exact BEP point is not always possible, it is recommended that a pump is run within 10% of it. Many operators and even specifiers of pumps see the best efficiency point purely in terms of energy consumption and costs. However, as you can see in this illustration, running too far left or right for sustained periods of time can result in costly issues and failures beyond wasted energy…. 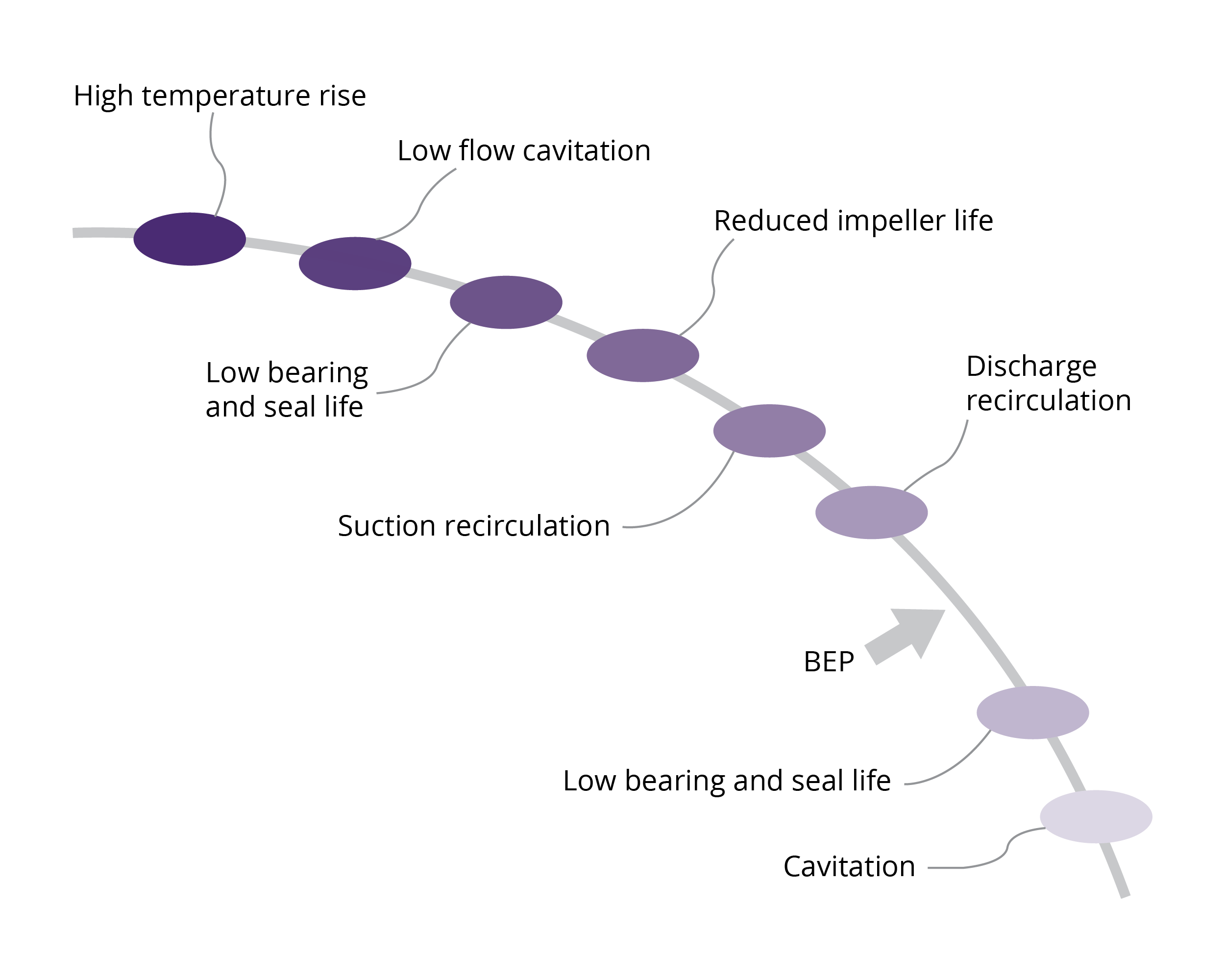 What happens if you operate too far left of the pump curve?

Here, the pump is operating at lower than its optimum design specification. When this is run low enough for a significant length of time, it causes the fluid to not flow through the pump properly and recirculation can occur in the pump’s suction and discharge points. The instability that the rotor faces when this happens premature bearing wear and mechanical seal failures, both of which result in maintenance and pump downtime.

The other issue to consider is excessive temperature rise. The pump overheating due to low flow conditions causing friction between the impeller and pump casing can cause damage to the components. However, worst case, if a build up of pressure that is sustained for a long period of time is left, it can get to the point where the pump casing can longer withstand it, and an explosion could occur.

What happens if you operate too far right of the pump curve?

When a centrifugal pump’s flow increases far beyond the BEP, the likelihood of the Net Positive Suction Head required exceeding the head available is much greater. It is here where something called cavitation occurs. Cavitation is where the pumped liquid drops below its vapour pressure, causing bubbles to form that burst once they have migrated back to an area of higher pressure. The force of them bursting creates shockwaves that create holes in the impeller and ultimately erosion of the pump.

The hydraulic imbalances within the impeller caused by the cavitation also result in excessive vibration, which puts the shaft and bearings under greater strain. Not only can this result in loss of efficiency, but also puts the components at risk of failure.

When specifying a centrifugal pump, it is vital to consider the manufacturer’s recommended best efficiency point and whether it is realistic that your system will operate around this. As you can see, failing to do so can result in the total lifetime cost of the pump being excessively high when you consider maintenance, downtime and energy consumption.


Need help to select the right pump for your system?

Selecting the pumping solution is a complex decision, and our technical sales engineers can help you find the right solution for your system. For over 10 years, we've been supplying carefully selected pumping solutions to the marine and industrial market and helping hundreds of clients find the right pump for their applications.

Send us your enquiry