COVID-19 UPDATE: We are open for business with enquiries being dealt with and goods being dispatched as normal. Stay safe.

Cooling is the process whereby unwanted heat is removed from machinery including engines, gear boxes, turbines and winches, or to generally cool a building. Whilst glycol and brine can also be used, many cooling pump applications use water (fresh or seawater) as the method of absorbing heat due its high boiling point and it being so readily available, at a relatively low cost. To understand the part that cooling pumps play in a system, let's take a look at the different methods of cooling…

As its name suggests, a once-through cooling system is where cool water is pumped from a water source, passed through the circuit to absorb the heat just once before being discharged back into the original source as now warmer water.

This design is relatively simple and inexpensive to install, typically used when equipment is located near a source of low cost, accessible water. Whilst previously the most popular solution, once-through cooling is less favourable for new installations due to the ecological issues of returning potentially contaminated, warm water back to its source.

Here, rather than being returned to its original source after use, the water is recirculated throughout the system to be used over and over again using a water circulating pump. A recirculating cooling circuit can be categorised into open or closed-loop systems. 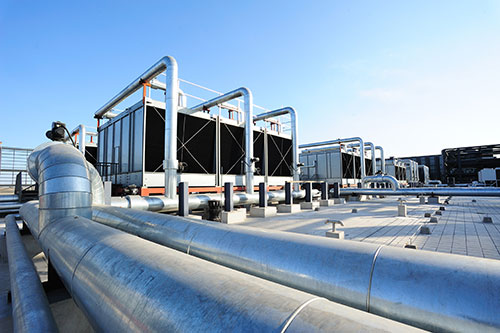 In the opposite way, closed loop systems keep the water within the pipework of the system, avoiding any contact with the environment. They work by a closed-loop cooling pump moving the primary coolant fluid to a heat exchanger where the heat from the system is absorbed, which is then transferred to a second coolant in a secondary exchanger, making the primary fluid cool enough again to be reused. 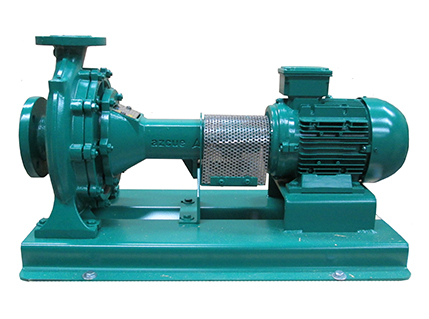 In industrial environments, cooling is a critical process to ensure that equipment and systems do not overheat. For that reason, cooling pumps are often supplied in duty/standby configuration with a second pump providing backup to the main pump should it need maintaining or worst case, it fails.

Cooling water pumps are often required to run continuously, meaning that they need to be extremely durable and are often supplied with larger, 4 pole motors running at half speed to reduce wear. For the most industrial of applications, long coupled pumps are usually supplied as it reduces the risk of any fluid entering the motor in the event of a mechanical seal failure.

Centrifugal pumps are usually the choice for cooling pumps due to their efficiency when it comes to handling low viscosity fluids such as water. Whilst cooling systems have that similarity, the specific application at hand does mean that there are some differences to the specification of the pump supplied. 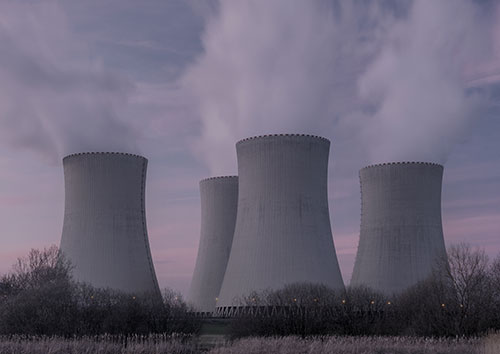 Below are a couple of examples of projects whereby we have supplied seawater cooling pumps to industrial and marine customers.


In need of a cooling pump? 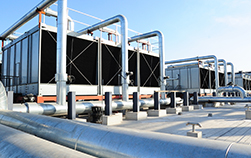 Whether you're removing unwanted heat from machinery, cooling down a building or regulating the temperature of an office; we've got you covered. Our range of water cooling pumps includes vertical immersion, vertical inline, long coupled, close coupled and more. View our range or get in contact to discuss your individual requirements.